How I opened a can of whoop a$$ on the Hulk. And other social media DOHs.

I opened up a can of whoop a$$ on the Hulk

And 3 other social media DOHs.

Eye of the Tiger

I opened up a can of whoop a$$ on the Hulk. But you don’t have to take my word for it. I gots screenshots.

And knocking down the big boys has a lot to do with social media and making bank (someday-somehow).

How else are you going to grab for more reach? More eye balls? More views?

So I killed the big guy in two shots. But I wish I could have done it in one shot.

That would have been epic!

Survivor, Eye of the Tiger

Here’s a screen shot of the second shot – the killing shot. 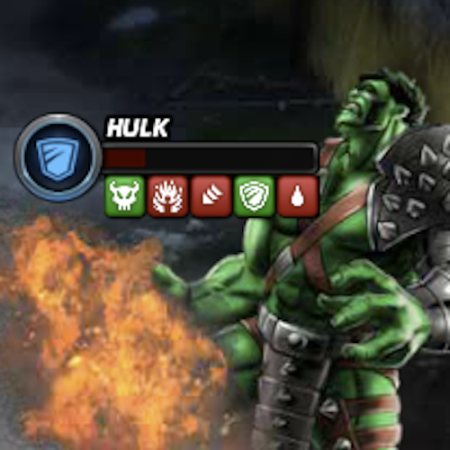 There’s the social proof that, in fact, I did what I said I did. Never you mind that I did the killing in a game.

Nevermind too that it’s something anyone can do in a matter of days or months.

More importantly, nevermind that your views (and mine) are insignificant indicators of reach, audience and influence.

Doh! It’s the shares that matter – not the reach.

Do you understand what I’m trying to say here?

It’s not all I have to say to you, today.

So I was going about my business, knocking down the heroes of allies, strangers, and foes – in my bid to be number one in the PVP (Player vs. Player) side of the Marvel Avengers Alliance game. In fact, I was ranked number one this week for 48 hours.

That rank is important because when a million players see that I’m the best PVPer in the Playdom.com game, they know that what I have to say about the game (and life) is something worthy of their attention.

If I can be number one this week, I can expect to pull 100,000 views on my blog from the consequent excitement, respect and admiration of my fellow players. And there’s more. I can use that influence to grow an online community around my game triumphs, guides, tips, tricks and cheats. It can also be said that I will make the world a better place (for a moment) – even in the context of a game.

Because I am building people up.

Maybe, I can even unlock the potential for love, goodness, truth, and beauty within the wider community of players.

Because I have people’s attention.

There can only be one

If there can only be one, there will be none.

Yesterday, my ranking fell off the top ten PVP list. Several of my in-game friends dethroned me in their bid to rank at 100 or worse. Some didn’t even know they are doing it now. It’s just how the PVP system works.

For me, the irony was that is was friends – not strangers. Nor antagonists. Nor fate.

I’m not mad at them. In fact, I am proud of them for putting together strong PVP teams. I know too that some of them were doing what they need to do for them to make a bid on the glory and the esteem of others. I understand all of this.

As an unfortunate consequence, the heroes of another community (guild) will take the top ranking. And all of us are made lesser thereby.

If only my friends were positioned to replace me in my top ranking as a connector, as a mentor, as a communicator, and as a fellow architect of a better world  – I would feel really good about how this played out.

I do not need the lime light for me or for sake of pride. Nor for a glory that does not shine and overflow with love and the courage to be. But I do need to know that good works are going on.

I am reminded of the final words of the Prince in the 1996 Romeo and Juliet movie starring Leonardo DiCaprio and Claire Danes.

The future of blogging is hot magenta

How to insert foot into mouth

Do you got it – the killer-most social app?

How do you write a blog post that will capture 1 Million views?

This entry was posted on Monday, October 8th, 2012 at 10:08 am and is filed under Blogosphere and Internet, Games, Social Web, Writing. You can follow any responses to this entry through the RSS 2.0 feed. You can leave a response, or trackback from your own site.

4 Responses to How I opened a can of whoop a$$ on the Hulk. And other social media DOHs.