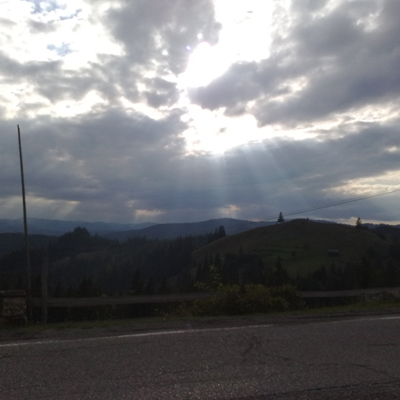 The lyrics are below.

Jack wrote a blog post about Bob Dylan’s song, Positively 4th Street. That’s what he said on Audioboo. And I hadn’t heard that song in the longest time, so I’m glad that Jack reminded me of it. END_OF_DOCUMENT_TOKEN_TO_BE_REPLACED

Confessions of a freak-geek-misfit and time agent in exile. Faryna Podcast EP8.

Confessions of a freak-geek-misfit and time agent in exile.
by Stan Faryna

When we bring light to darkness, some things must be said. Otherwise, the light cannot penetrate.

Play the soundcloud player to hear the podcast. It sounds awesome with earphones or played on hi-fi speakers.

Mobile users: you should be able to hear the podcast here.

Stacey Herbert’s blog post on DIY Blogger NET inspired a dozen or more of heart-warming human stories from some of the most amazing bloggers out there. And it wasn’t just the blog posts that were awesome, the comments were often just as warming, just as inspiring, and – healing – as the blog posts.

Stacey writes about some of the #NA (NicheAmnesty) blog posts here. Her next step is to take this community building to the next level with NicheAmnesty.TV. You can also learn more here. END_OF_DOCUMENT_TOKEN_TO_BE_REPLACED

What does a journalist do?

Recently, I turned up the volume on the problematic regarding the corporate bias of the modern news organization-media empire. I have questioned the privilege of media agents who do not represent the public interest, health, welfare, hope and aspiration for a better country – agents that serve the interests of the corporate bottom line. They pass themselves off as the press. As journalists. And it’s really that bad. But there are also those who measure up. They stand above. They are an example to follow.

Mohammed Nabbous stands among several recent heroes of the press.

Mohammed Nabbous (Mo to many) may have been the first citizen journalist to share the terror and horror of Gaddafi’s attempt to silence Feb 17th protesters in Libya. Mo broadcast live from Benghazi from the beginning of the Libyan revolution. He captured the world’s attention with his online video, commentary and blogging. He founded Libya Alhurra TV. You can watch some of Mo’s reports here. END_OF_DOCUMENT_TOKEN_TO_BE_REPLACED