PVP Tips and Bloggers. And other social media DOHs.

And other social media DOHs.

Israeli anti-war protesters gathered in Tel Aviv to condemn the recent murders and acts of terrors committed by Israeli forces on the people of Gaza. Some bloggers suggest that the recent killing spree correlates to the upcoming Israeli elections. Others will mince words and suggest that evil (whatever that means) must be met with evil. Kill or be killed. An eye for an eye.

The Israeli death machine does not distinguish itself from Hamas by any observable virtue. Both are terrorists – we do not need either in our world. Nor do I forget Israel’s President Shimon Peres – shouting out to entrepreneurs, inventors and venture capitalists… to build him a terminator.

Will Anonymous prove a stumbling block to the IDF’s reign of terror? I don’t know.

Meanwhile, my inbox piled up with requests for hero and gear reviews and PVP tips for the Marvel Avengers Alliance game.

At the corner convenience store, a homeless man asked me for the equivalent of a dollar, I gave him the equivalent of ten dollars. He could fill his stomach (today) with that money and wash it all down with a two liter bottle of beer.

At first, he was overwhelmed and humbled by my humanity. But his gratitude changed to angry entitlement when he cursed me (as I left the store) because I didn’t give him a cigarette. He told me to go to hell. There is no moral (nor wisdom) to gleen from this event. None.

It has been a surreal day. Ok, maybe not surreal. Actually, today was a cup filled with vulnerability.

We are the same in this regard. Muslim. Jew. Christian. Buddhist. Polytheist. Atheist. Black. White. Yellow. Red. Etcetera.

Yes, this is just an ordinary day in the 21st century.

Yes, despite the dark signals, I searched for beauty. 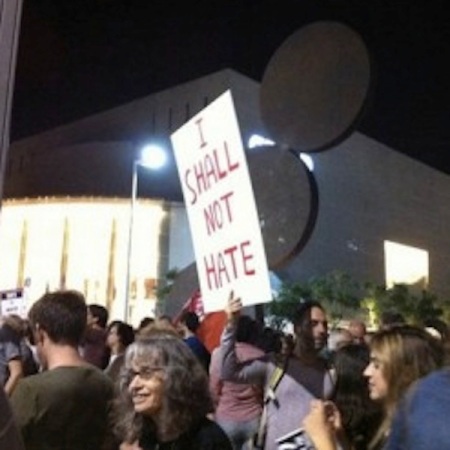